You are about to visit our Pure Professionals website, that is intended for use by financial intermediaries only.

Customer
Please take me back to Pure Retirement 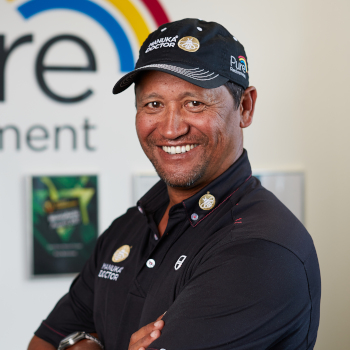 Michael Campbell has enjoyed a long and fruitful career on golf’s professional circuit, as part of a journey which saw him trying the game as a child in his native New Zealand. Here, he discusses that professional journey, his battles with injury, and his successes. In addition, he also talks about his current activities including his involvement with the Staysure tour for players over 50, and his golf academies in Spain.

Most sportspeople have a defining moment where they truly connected with their chosen discipline - was that true for you, or was it more of a gradual process?

It was probably a gradual process, as I really enjoyed playing a variety of sports like rugby, tennis, softball, squash - and of course golf!

You experimented with a number of sports prior to settling on golf – what was it that you think was lacking in those other disciplines that golf provided?

When it came to rugby I knew I wasn’t strong enough, big enough and fast enough. I realised that physically I wasn’t really made for it, plus after getting knocked around a few times with broken noses etc I felt it wasn’t for me. But really loved the whole team environment.

When you first started playing regularly did you have designs at turning professional, or was it purely something you enjoyed that, as your skill level developed, you began to see as a potential career?

I always knew that golf was always going to be my profession, and I probably started feeling that around the age of 10 years old.

Just as you were making an impression on the professional circuit, you developed wrist injuries that impacted on your results for a couple of years – was that a difficult set of circumstances to accept, or was it something that you were determined to overcome?

Because golf is an unnatural movement for the body your wrists, back, and ankles are always problem areas when it comes to injuries. When I’m faced with adversity whether it’s mental or physical, it’s important to use adversity as a signal of learning and growth.

Many will best know you for your US Open win in 2005 – what are your memories from that weekend, and did you find that that win left you entering subsequent events with a greater sense of self-confidence and assurance?

Yes, absolutely. When you are chased down by Tiger Woods and manage to hold him off by 2 shots at a major tournament it’s important that you bottle your thoughts and feelings for future tournaments.

You’ve recently started playing on the Staysure Tour, a professional tour for male golfers aged 50 and over. Do you find that you’re all still as competitive as ever or is there a more relaxed atmosphere compared to your earlier career?

It’s definitely a lot more relaxed, but at the same time it’s still so competitive. I think as a sportsperson it’s a personality trait that will always be within you. 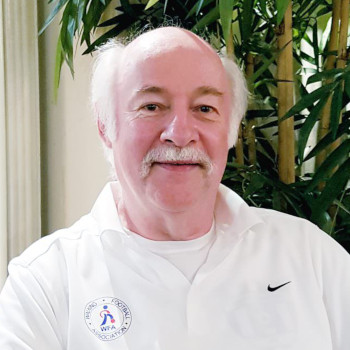 As the Chief Executive of the Walking Football Association (the British governing body for the sport), Paul Carr holds an important and high-level degree of responsibility for the sport’s ongoing and growth and development. Here, he talks about his own relationship with the sport, and the ways in which the WFA are committed to taking the sport to as many people as possible.

Describe how your relationship with walking football began - what was your knowledge of it before you were introduced to it?

I saw it featured on breakfast TV in 2014 and out of curiosity I went along to Wigan with my cousin to explore it further. As a result of that initial visit we both became addicted to it pretty much instantly.

How did you become a member of the governing body, and was it ever a consideration or aim of yours when you started playing?

I founded the National Governing Body after seeing there was a vacuum within the sport, with no one taking on such an important role. It’s been great to work to grow the sport since, and it’s something we hope to continue doing going forward.

How would you describe the WFA’s mission at present, and how has it evolved while you’ve been a member of the governing body?

We are still developing and promoting the sport, and in that regard our mission hasn’t really changed since we launched in 2016.

How satisfying has it been, on both a personal and a professional level, to see the sport grow as it has and the degree to which it has empowered people who may otherwise have struggled to participate in sport?

It really has been fantastic. We get emails from around the world asking for help and advice, but it still feels as though the journey has a long way to go. We have a plethora of feel good case studies from players who have seen their lives changed and in many cases saved, and we want to continue building on that.

Fun, friendship and fitness is our mantra. In that order. The banter and social side of the sport is unique for this age group, and to be able to provide an avenue for people to both socialise and take part in physical activity is really gratifying.

What would you say to anyone considering taking up walking football?

I’d simply say: please try it - you will love it for so many reasons.

What are you most looking forward to over the rest of the year in terms of England matches and commitments?

After a successful European Nations Cup in Chesterfield in June 2019 we’re really looking forward to starting planning in earnest for the inaugural World Cup in 2020. 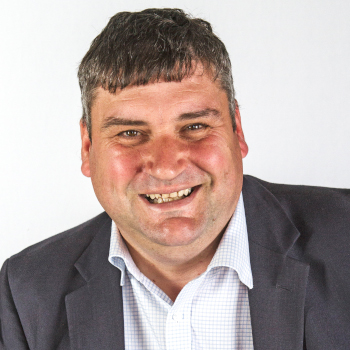 As the inventor of Walking Football, John Croot has had the pleasure of watching the discipline grow far beyond what he thought was possible in recent years. He took some time out of his busy schedule as a director of Chesterfield’s (non-walking) football club to discuss how the sport came to be, and his feelings about seeing it expand from his initial concept to become the UK’s fastest-growing sport that’s also on the cusp of having its first-ever international tournament.

How would you describe your journey to inventing walking football – was there a definitive moment that led to its creation or was it a gradual development?

I think there has been a few defining moments. The first was at the very start of the Walking Football journey when I attended a presentation given by one of our main funders, The Football Foundation held at the Manchester United Foundation, explaining guidance on how we could best deliver outcomes for a grant that we had recently been successful in applying for from them. The Funding was called Extra Time and was aimed at the over 50’s. On the way back from Manchester I came up with the concept of a non-contact game with the name of Walking Football and a few basic rules. The next day I told our coaches about my idea for this new sport and we set about delivering sessions which were soon featured on Sky Sports News and which in turn then led to massive interest and enquiries across the country such as other clubs, community trust, local authorities and leisure centres etc.

How do you feel the sport in its current form has remained true to the initial vision you had when you created it?

It has very much followed the vision for the sport itself, in that it remains an easily accessible non-contact sport which also offers opportunities for social activities. I am delighted that new growth avenues continue to surface, such as former Premier League referee Uriah Rennie who recently told me has been involved in Intergenerational work with grandparents playing alongside grandchildren which is a concept I never imagined. The work of the Walking Football Association has also played a massive part in its growth.

Was the sport originally conceived with those in later life in mind, or has the surge in people at that stage of their lives taking it up caught you by surprise to some degree?

It was originally created with the over 50’s in mind and I find it incredible how quickly the sport has grown. I am particularly pleased to read and see that the concept has developed and given the idea for other sports such as walking netball and walking basketball.

Do you feel that when it comes to those in the later stages of life it provides a wider purpose than a purely sporting one, in terms of the social and community elements it also offers?

Absolutely, this is very important and many friendships have grown as a result of the sport. Here at Chesterfield our Senior Spireites members organise summer cycle rides in the Peak District and a number of them also now come to watch Chesterfield matches together.

How satisfying has it been to watch the game grow as much as it has in recent years, and the way that it continues to resonate with people?

It has been incredible to see the growth of the game that was started here at Chesterfield, and I always enjoy seeing it featured in the media. I get contacted by people from around the world in countries such as Spain, Australia, Hong Kong and Nigeria to tell me how much they enjoy the sport, and it’s very satisfying .

With the European tournament taking place shortly did you ever conceive that there’d be international attention in the discipline, or was it always your ambition to create something with a truly global appeal?

It was never in my thought process that day I was travelling back from Manchester United that one day it would have global appeal. It never ceases to amaze me how much it has grown.

What would you say to someone considering taking up walking football but who’s yet to commit?

I would say give it go - I know it can be a bit worrying when you have not played sport for many years but one thing that has stuck me about the sport is the friendship. Every Walking Football group I have ever met have always welcomed new members with open arms – so don’t be afraid!

This is a lifetime mortgage. To understand the features and risks, ask for a personalised illustration.